The Coffee Shop Chronicles No. 16 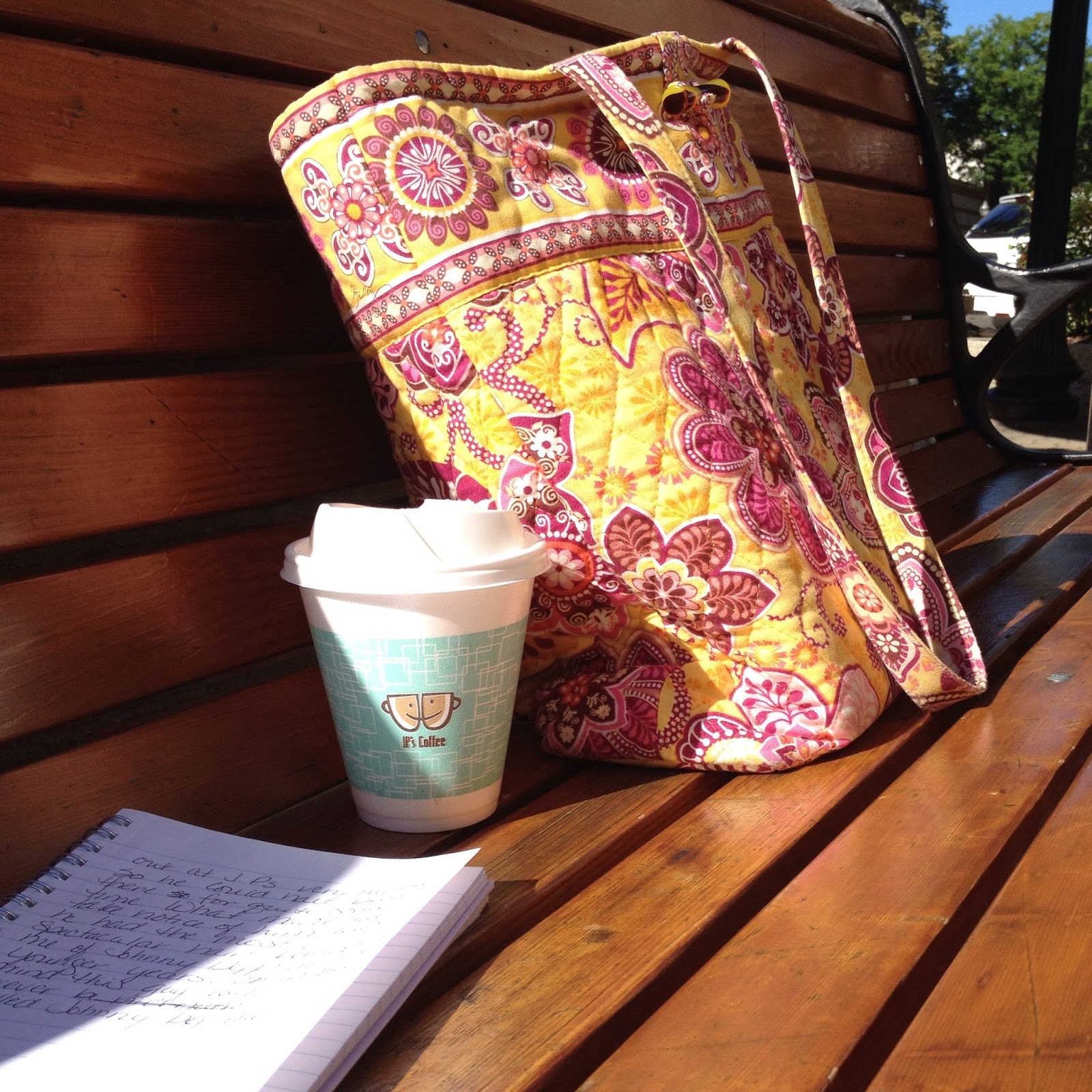 My husband has been pestering me all summer regarding when I was going to start writing the Coffee Shop Chronicles again. Summer has been busy, many days spent outdoors soaking up the warmth and sunshine, things that were absent during the long winter months when I first started writing in coffee shops.

I stopped writing the Chronicles when college daughter finished her school year in May. It seems only fitting that I start writing them again now that she is safely ensconced back at school for her fourth and final year.

To be honest I have been a little afraid to start writing them again, scared that I had lost my "coffee shop voice", but once I sat down and started writing it seemed as natural as if I had just written one last week. I am sure there will be some subtle changes. I have continued to write all summer on a variety of projects. I also took a writing e-course which pushed me, in good ways. Hopefully the things I have gleaned from these experiences will weave themselves into the Coffee Shop Chronicles, enhancing the overall experience for you the reader.

I arrived at the coffee shop at half past nine. I had no intention of coming here, but having a half hour gap between my visit to the Farmer's Market and the opening of the oil and vinegar store, where I needed to purchase some Champagne Vinegar for a salad I was planning to make. I found myself by luck and happenstance second in line at our famous downtown coffee shop ready to order my Chai Tea Latte. Since I have started counting calories again I only ordered a small chai and absolutely no muffin, scone or cinnamon twist.

My order taker, Miss Pony Tail, seemed new to the job. She would state her first question very confidently followed by the next question that had an air hesitancy to it. A couple more days of taking a wide variety of drink orders and that hesitancy will be gone.

I moved to the end of the counter to await the arrival of my chai. Surprisingly there were only two ladies ahead of me waiting to pick up their drinks. Usually there are at least a half dozen people ahead of me. Maybe half past nine on a Wednesday on a beautiful late summer day is a good time to come to the coffee shop. There was even an open booth right across from the pick up counter that sat empty the whole time I waited. Now in the winter it is a dog eat dog world to get one of those booths. I held myself back from taking it just because it was there. I knew I wanted to enjoy my chai outside, either at one of the coffee shop's outside tables or if those were full, on one of the park benches that are scattered about on the busy main street.

After I stopped pondering the empty booth I turned my attention to the Barista preparing my chai. The first thing I noticed was that he had the most spectacular hair. It reminded me of Johnny Depp's from his 21 Jump Street days. Now if that isn't dating myself. Anyway young Johnny prepared a very fine chai for me. 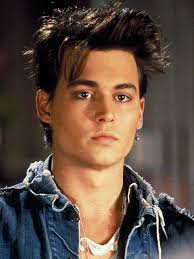 Chai in hand I wove my way out of the coffee shop, the line to order quite a bit longer now. Hopefully Miss Pony Tail's confidence was continuing to grow.

As I emerged into the bright sunshine I surveyed the outside tables, all occupied, hence the empty booth inside. So I wandered off down the street in search of an empty bench. I didn't have to wander far before I found one. It was situated near one of the main crosswalks, a perfect people watching intersection.

On the way to my bench I passed a young married, twenty something couple. He was taking photos of her with his phone. She was holding a single long stemmed sunflower from the Farmer's Market, which is located at the other end of our downtown. I knew it was from the Farmer's Market because the little plastic bag of water to keep it fresh was still rubber banded to the bottom of the stem. It was a lovely gesture to have her pose for him, but there was something terribly wrong with his photographic approach. He had her facing into the intensely bright sun, so she had a severe squint going on. He remarked to her after he decided he was done taking photos that she was holding the sunflower all stiff like a sword, that kind of killed the memory making moment.

I was nearly finished with my chai when an older gentleman walked by carrying a slightly oversized, square cardboard box. He said to me "What a nice place to sit in the sun." There was a strong hint of Dutch in his accent. He asked if I was on fercation? I said pardon me. He said "Are you on fercation?" I said no, just enjoying a nice moment in the sun. I am pretty sure he meant vacation.

Maybe this summer hiatus has been, me enjoying a nice moment in the sun.

I'm glad you gave the 'fercation man' the benefit of the doubt! You're getting into your coffee chronicles stride again! It must feel like meeting up with an old friend!

Thursday, when all the kids are school and I am alone for the first time in nineteen years, I am going to celebrate by going to a coffee shop and sitting for a long whole. I'll be sure to raise a cup to you, dear Sarah! : )

Nice it is to enjoy a moment in the sun . . .
Happy your Coffee Shop Chronicles are back . . .
I hope pony tail gal and barista hunk stay around for your "next time."

So pleased you are back in my inbox, a young Johnny Depp eh that would brighten my morning !

Welcome back. Your writing makes me smile!

It's great to see the Coffee Shop Chronicles back from summer "fercation"! And I love that your husband is so interested that he pushes you to continue with them. Thanks for the chuckles to start my day.

Yes, I think it's always good to break away a bit for the summer...such a short season and soaking up the sun is important as is time with kids..
Your coffee shop voice is back...no worries there..glad you enjoyed your chai and a bit of sunshine.

Oh yes … Johnny Depp! So pleased you're back with your coffee shop chronicles. Great observations.

Glad you took some time to enjoy the summer with your family. It is nice to read your Chronicles again. I do remember Johnny Depp's hair...dreamy :)

Your coffee shop chronicles are extra meaningful to me now that I know exactly their spot. I am thinking I may give this a go too, since we have a nice downtown with a bench or two. Lovely, Sarah.

Yes!!! Not sure my hair will compete with Johnny D

Well you have not lost it, in fact I think you give more detail. Very nice. And your photo is great, it is hard to make a good photo with everyday objects and you really pull it off. So glad you are back!

Oh how fun to have these coffee chats back. I love that you are a people watcher (it's fun isn't it) and your writing is fun to read. Loved the bag in your shot, such pretty colors.

I have so missed these! Love your Vera Bradley bag...in the sun and all!

The first thing I saw in your picture was the bag! Guess what....I have a different style bag, but it's in the same print! Pretty cool, huh! Love that your chronicles have begun again. I've missed them! You always find such interesting people to write about!

So glad the chronicles are back...now it's time for me to catch up on these.