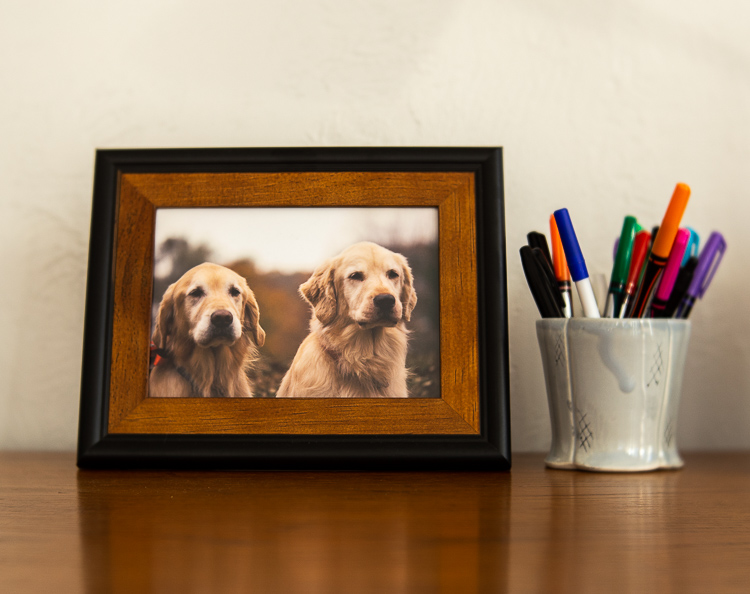 On my desk sits a photograph of two golden boys in the prime of their lives. I recently found this photograph in the storage room as I was sorting and purging. My heart paused when I saw it. It was probably put there when it became too painful to look at.

It was October 2014 when we lost the first golden boy. He was 12, old but not too old. I have never been able to fully write about his loss. October 11 marked two years since the loss of the last golden boy. He was only a couple months shy of 14, but he had been slowly slipping away for the last year of his life. 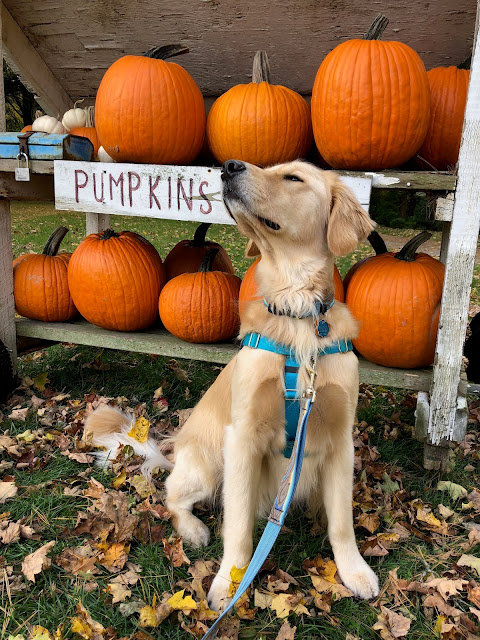 We have lived the last two years with a part-time dog, the grand dog Findley. Findley is the funniest, quirkiest dog you will ever meet, but he is also a geniune joy and blessing.

It took us these two years to heal, to spend some time without a dog, travel, not be tied down. We did all those things. Eventually the heart heals, the wanderlust dies down a bit, and being without isn't fun anymore. Born on October 8, 2018 was a new beginning. 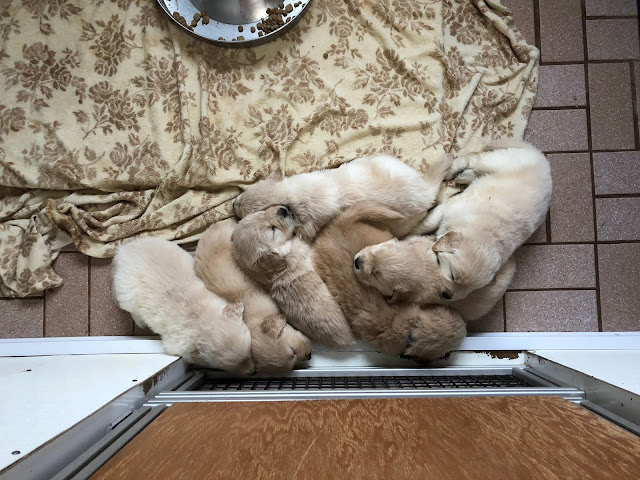 Our new beginning will be coming home at the beginning of December. At first I thought we were crazy to get a puppy going into winter. Potty training, cold and snow didn't seem like a logical mix. But the more I thought about it...when am I home the most? When do I have the most time to devote to potty and all around training? Winter of course. 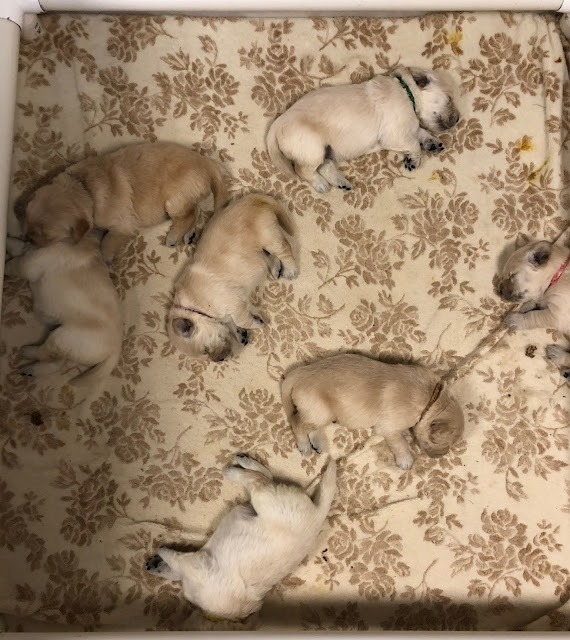 Then I worried about socialization. The new ideal is for your puppy to have contact with at least one hundred different people before they are sixteen weeks old. Where am I going to find 100 people in the winter? Our downtown of course, with its heated sidewalks. What a great place to walk, get use to different sounds and a wide variety of people and dogs.  Who can resist talking to and petting a puppy? 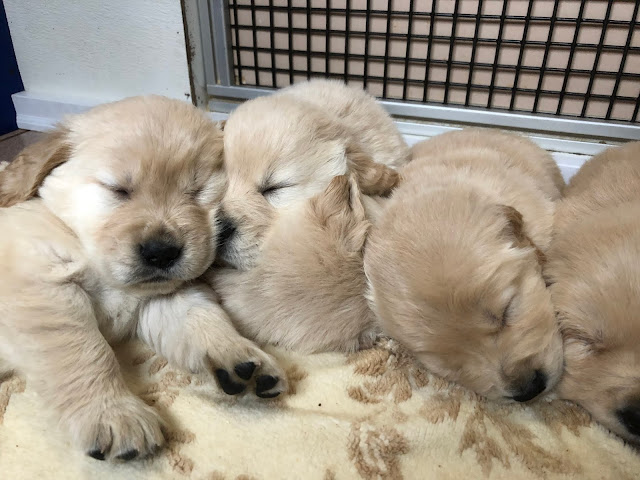 The first two golden boys were only six months apart, and we took them on many adventures as a family, but two young dogs and me alone didn't go that well. After the loss of the first golden, I was able to take Scout on some day adventures with me, we had such great times. My one regret was that we didn't get to do more before it became too hard for his back legs to keep up. I have many adventures planned for our new boy, so he better like the car. We have places to go and things to explore. 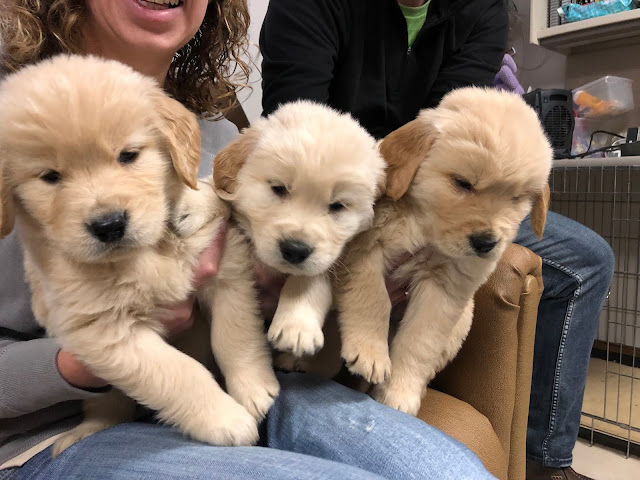 We don't know yet which little golden boy will be ours, there are three boys in the litter. The breeder matches based on what we are looking for, and the personality of the puppy. She has been doing this a long time, so she knows what she is doing. Although...Mallory did ask for a gentle old soul... 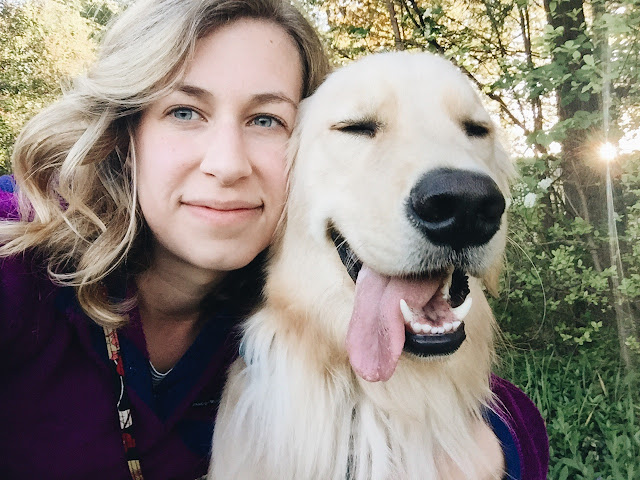 Well...He may not be what she asked for, but he is exactly what she needed. 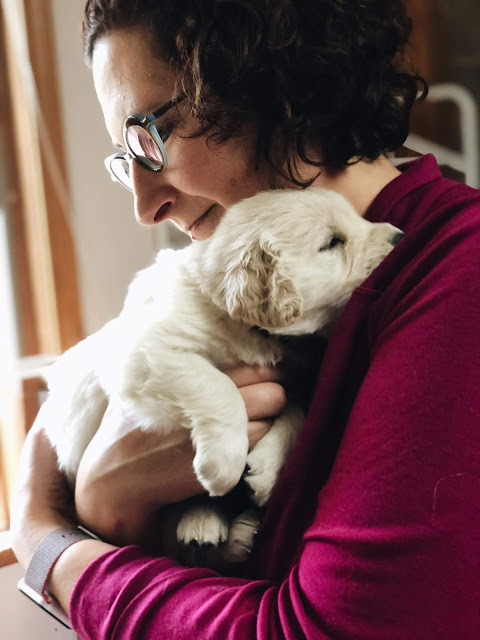 Still, it's hard not to have a favorite. Whoever our new beginning is, his name is Atticus.
Posted by Sarah Huizenga at 1:00 AM 8 comments: