"What is this photograph about?"

I was reading the July-August 2016 issue of Lenswork magazine when I came across that question in the Editor's Comments section. The editor, Brooks Jensen, was talking about reviewing photographers' work that is sent to him to assess for the possibility of being published in Lenswork. Brooks said one of the first questions he asks himself when reviewing other photographers' work is - "What is this photograph about?" 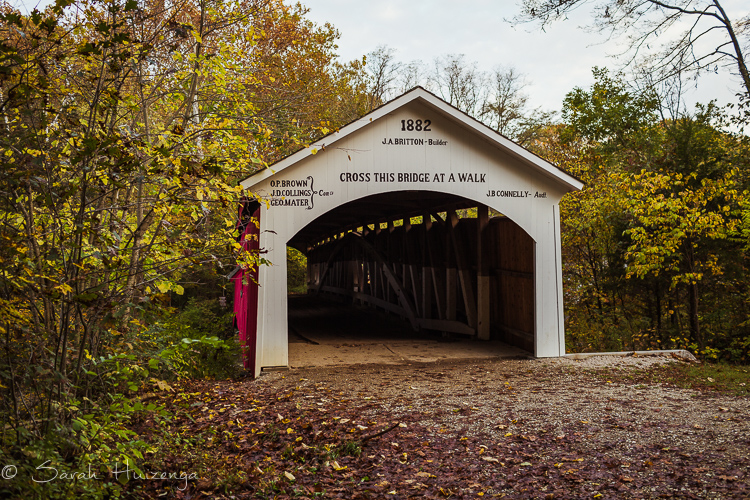 I thought about the photographs that I had taken earlier that day and asked myself the same question. What are those photographs about? The answer that instantly came to mind was - Freedom. That answer could have been influenced by the fact that I was sitting on a chaise lounge chair next to my husband in the pool room of the Holiday Inn Express of Crawfordsville, Indiana, relaxing after a soothing soak in the hot tub. We were in Indiana for a mini getaway to photograph covered bridges, wander country roads and do a little hiking. 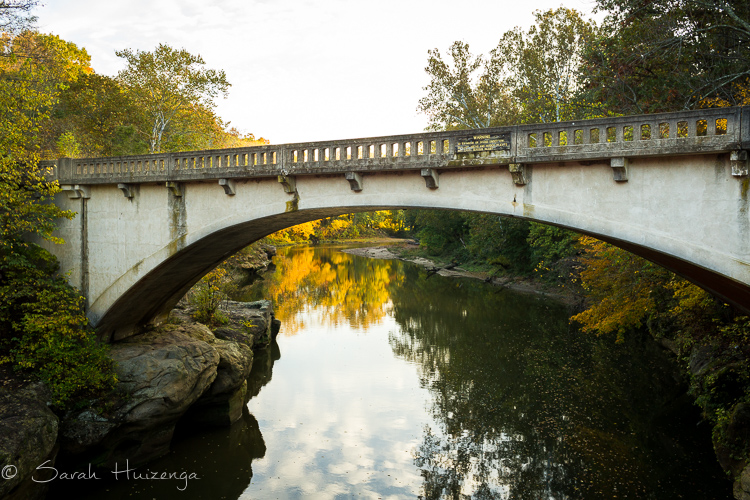 We had the freedom to get away because I no longer work outside of the house, my husband has oodles of vacation time left, we have a reliable vehicle, and enough Holiday Inn points to enjoy staying free for three nights. We had no set agenda, other than needing to be at the first covered bridge at sunrise, a very reasonable 8 a.m. We could wander anywhere we wanted for three full days. 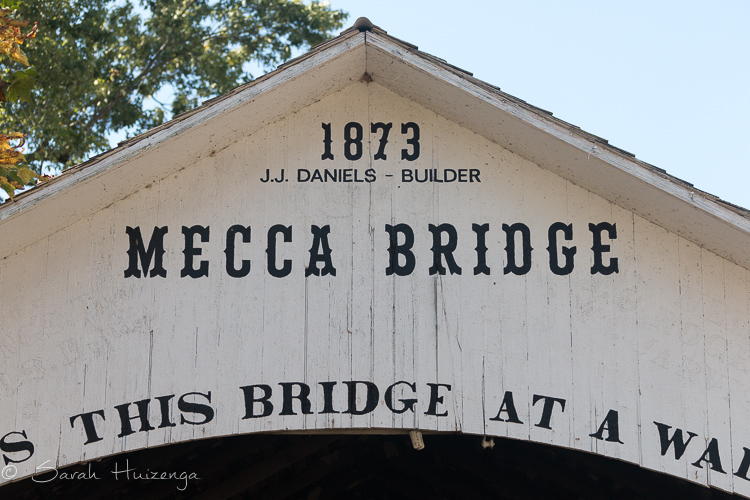 With the loss of our dear golden retriever, Scout, there comes a new freedom. For the first time in thirty years, I no longer have a dog that I am responsible for. A huge weight of guilt about the desire to travel and explore has been lifted from my shoulders. 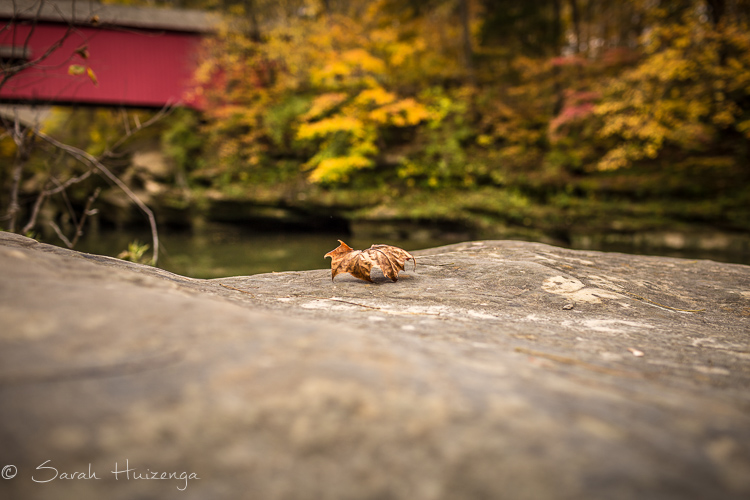 Loss changes us, there is no way it can not. I have been preparing for this loss for the last two years, ever since we had to put down our other golden retriever, Riley. Knowing then that the day would come all to soon when I would have to say goodbye to my dear Scout. Thankfully Scout made it almost two full years since that last goodbye. But the day has come and we must let go. 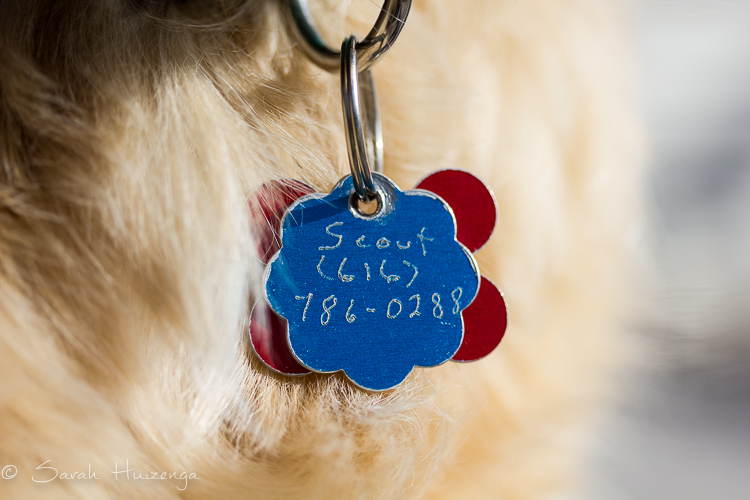 I have seen the decline this year, especially since June when I was sure it was time, but then he seemed to rally yet again and we carried on with life the best we could. But the last two weeks there has been noticeable change, a real challenge for him to get up, even slower than before when going outside to go the bathroom, the challenges of going to the bathroom. Monday night it seemed to all come crashing down, he was visibly shaking and needed to be carried down the steps. Tuesday morning when I got up, he couldn't get up, his back legs unable to support him. I had to make the call. 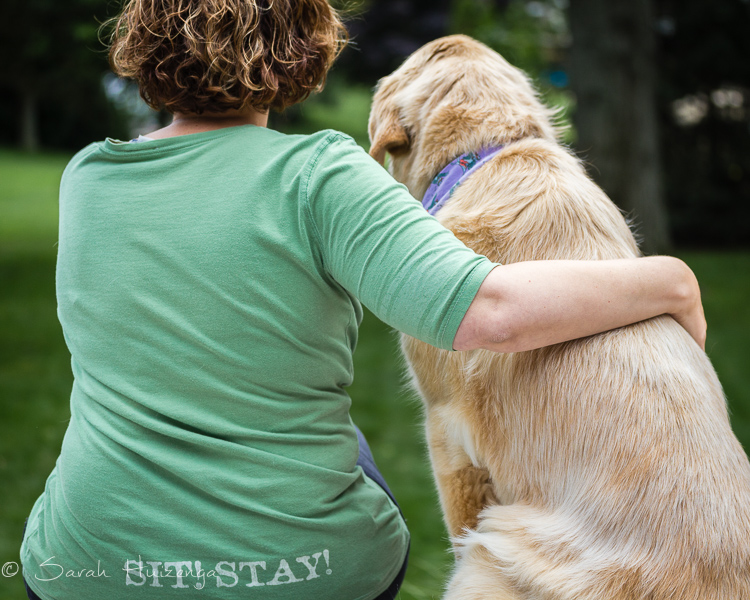 Scout was the gentlest soul, even as a puppy he never once put his mouth on us. Although he did have a great taste for paper, ripping it up and eating it. We just learned to not keep loose paper laying around. One year he got it in his head that he would help open one of my Christmas presents, before Christmas, while it was still under the tree. My copy of Anne Lamott's Small Victories will forever have a chunk missing out of the paper front cover. He was the best adventure companion, even though we only had about six months of adventures together before it got too hard for me to get him in and out of the car, and his ability for long walks was gone. Still those hikes in the autumn-colored woods will forever hold a special place in my heart. And our picnics at roadside parks, me eating my Subway sandwich, him demolishing his kibble in six quick gulps.  He finally learned to enjoyed car rides on those adventures, stretching out on the backseat, happy to have the space all to himself. 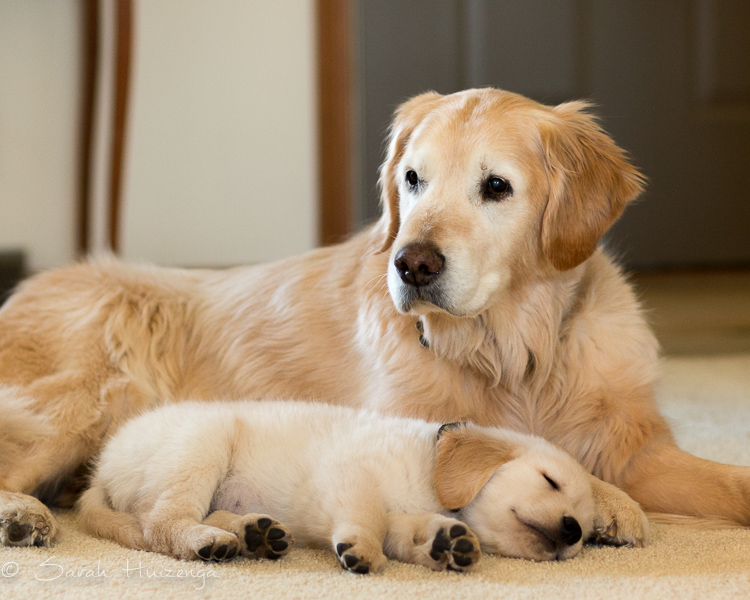 He has been such a guiding light these last six months with the addition of little Findley, patiently teaching him the ins and outs of going outside to go to the bathroom, going for walks, and letting Findley play fight and chew on him. I pray that eventually more of Scout's gentle nature will find its way into Findley. 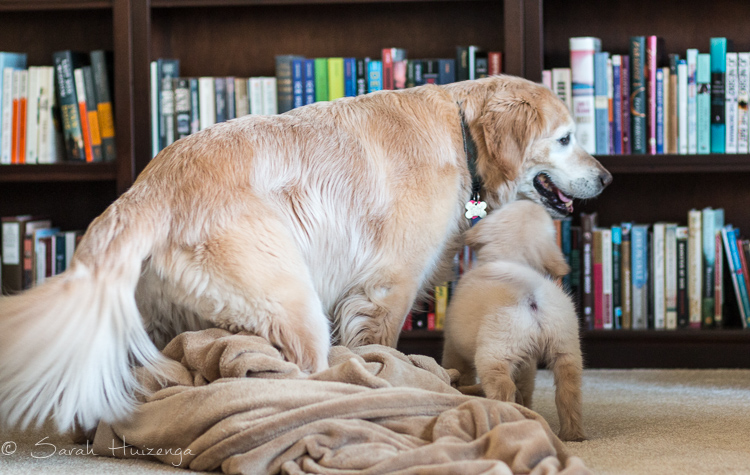 While I am filled with oceans of tears and sadness, there is also a huge wave of relief that has washed over me. I lived in constant fear that he would stumble down the stairs and hurt himself, or that he wouldn't be able to get up when either it was just me or Mallory at home, and we wouldn't be able to lift him. We were nearing a decision this week anyway, the timeline just got moved up a little bit. All in God's perfect timing. 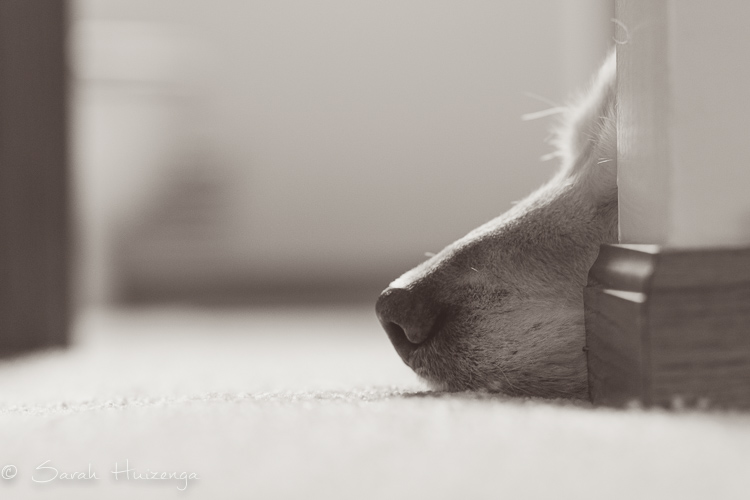 Last night standing in the dining room, I watched as Mallory went to the dog food cupboard and scooped food for her dog. For the first time in thirty years, I didn't have a dog of my own to feed. Loss changes us. 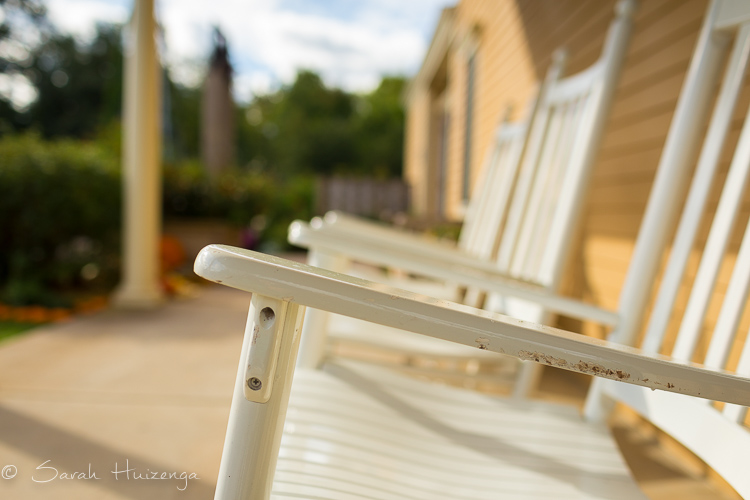 I once dreamed of living in a large, renovated, white clapboard farmhouse with a wide wraparound porch. From my white rocker on the porch I would have a peaceful view of a lush, sprawling lawn that two golden retrievers frolicked on all day long.

Some of that dream came true. Although, instead of white rockers and a wraparound porch, I have a large wooden deck with chaise lounge chairs that lookout over a large, lush backyard where for many years two golden retrievers did frolic. Instead of a white clapboard farmhouse, I got a 1980's, yellow vinyl-sided ranch house with a three season porch. The renovations have been a work in progress the whole thirteen years we have lived here.

The dream hasn't gone away, but it has changed. Now, instead of wanting a white clapboard farmhouse with a large lawn; I dream of a weathered, cedar shake cottage with a view of a quiet, mist-covered lake. The wide wraparound porch and white rockers remain the same. 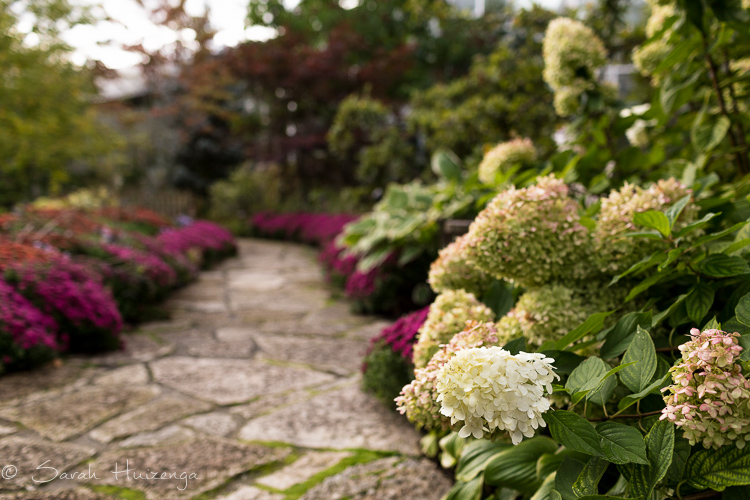 I have been having a hard time finding my way back to my blogging voice this week. Last week I finished an article for the on-line magazine, Rural, that I periodically write for. I love writing, but anyone who tells you it isn't a lot of work, is a liar, or extremely blessed. I am neither. 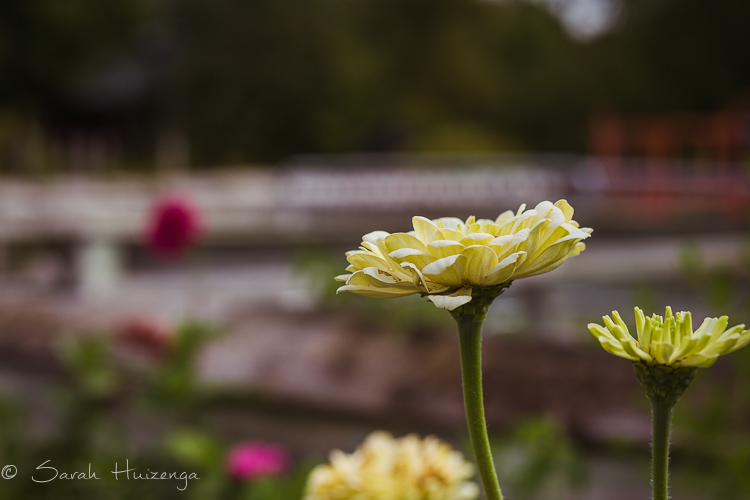 Once I lose the voice, I have a really hard time refocusing. 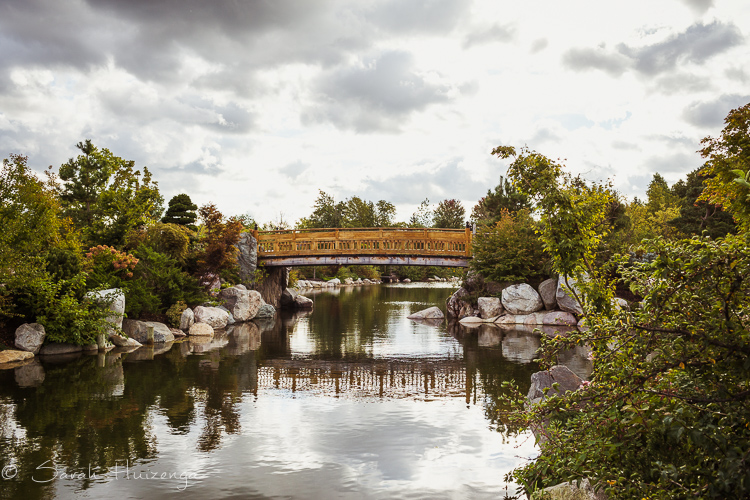 It isn't that I haven't been out exploring, I have. These photos were taken last week on a trip to our local garden and sculpture park. I am shooting for a once a season visit. I went this summer, and now I have been in Autumn, next up will be winter. 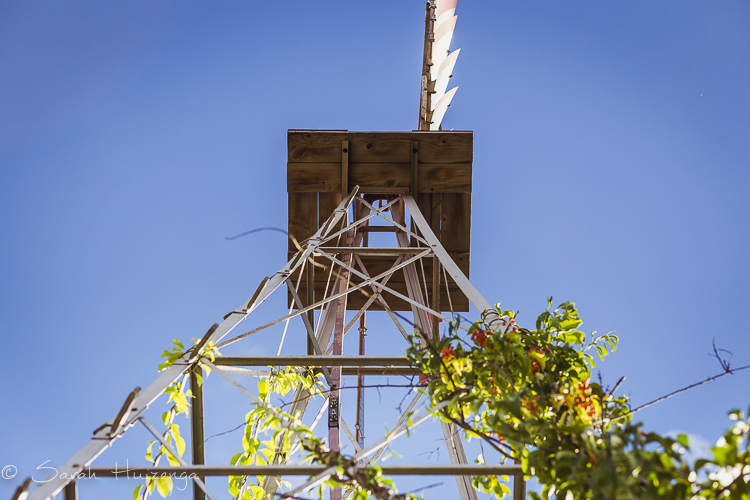 That also happened to be the last day of my rental with the Canon 6D. I love the camera, but haven't ordered it yet. My husband and I have a trip planned to Indiana to tour wooden covered bridges in a couple of weeks. I guess we will see what happens between now and then... What usually helps me dive back into my blog is a project. My friend Lee and I Skype nearly every Wednesday, she is a fellow blogger, photographer and writer. We have a virtual friendship that is going on two years now, we have had an on-line friendship for almost four years, but we have never met in person. She lives in Maine, I live in Michigan. 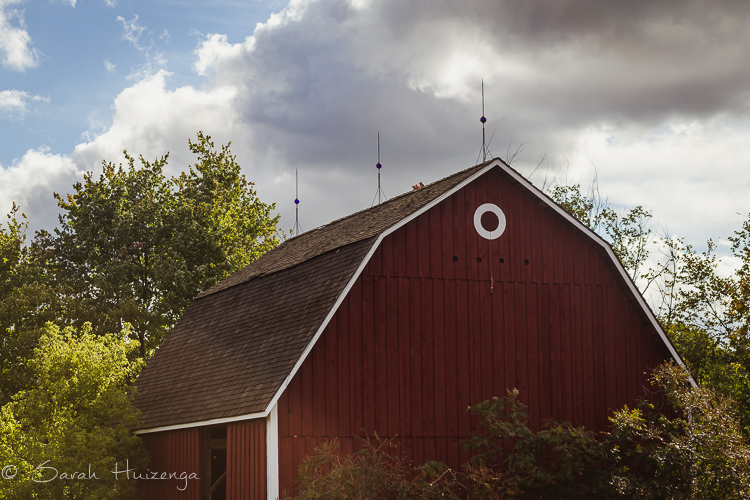 When we were Skyping this week, we were reminising about past groups and projects we have done together that have encouraged our blogging practice. We hit upon one that we use to do that involved posting our favorite photograph from the previous month, along with a story about why it meant something to us. We both loved that practice, and agreed that we missed it. 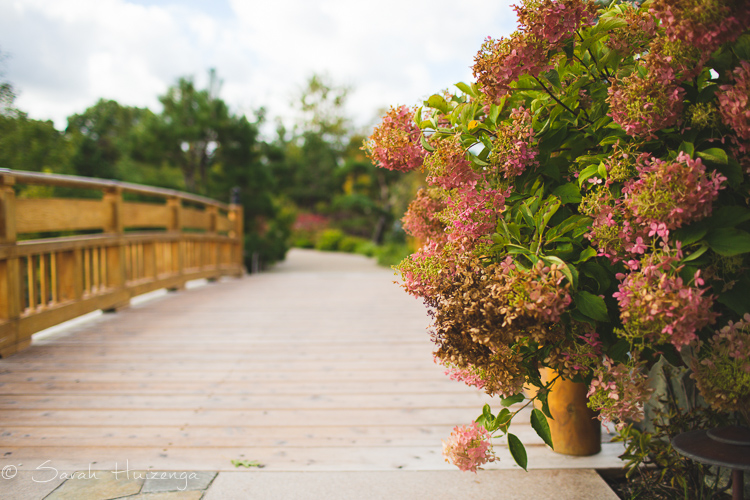 Then the magic happened. Even though that particular project no longer exists, why couldn't we start our own project, just she and I sharing our favorite photo and the story behind it. So that is what we are going to do. 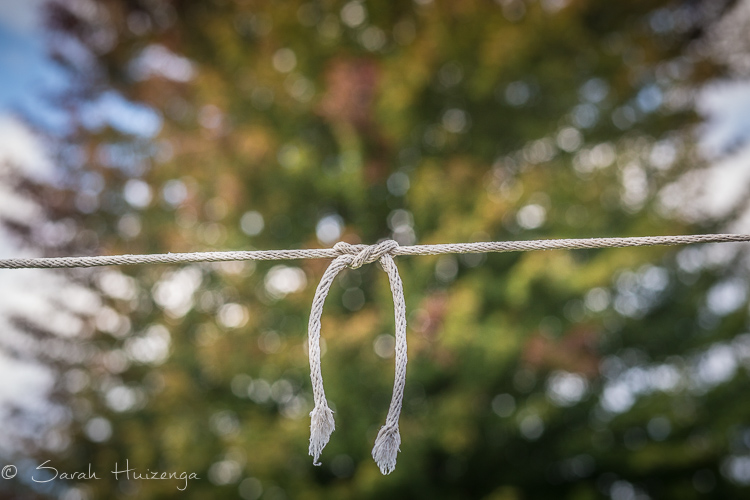 Coming this weekend the first in our new monthly project, stay tuned.