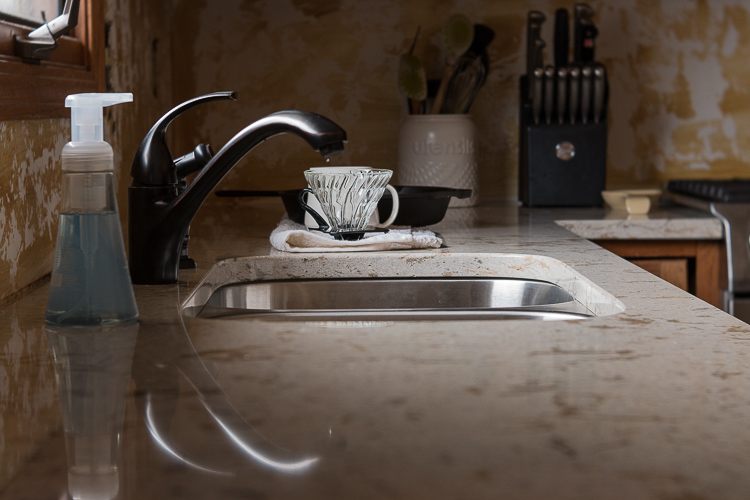 The other day while washing dishes, I glanced out the kitchen window at the gray, gloomy, soggy backyard and noticed the silhouette of a robin hop between two spruce trees near the edge of the pond. Seeing that robin hop made me happy for two reasons: First, the hope of spring. Second, I am learning to see movement. 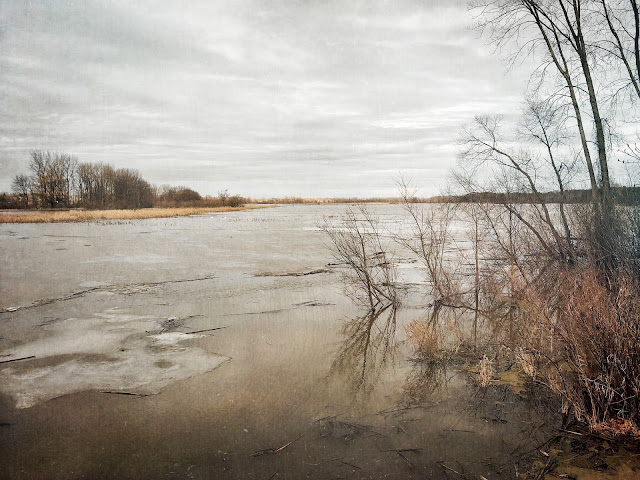 For the past six years, I have trained my eye to look for stillness, actively seeking calm. Don't we all want more calm in our lives?

As I embark on this film making journey, I am learning to see differently. Short films of still landscapes are not the most riveting to watch. 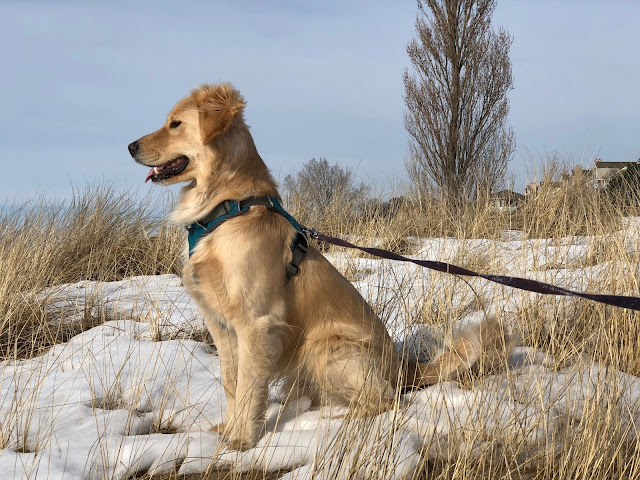 Findley has been a willing participant in my films, but I have to get over my fear of filming my family, afraid of their reaction to being on film. I am also learning that I can be in the moment and also capture the moment.

If you know anything about me by now, you will know that to me a little knowledge is good, but a lot of knowledge is so much better. In that spirit, I signed up for a second Xanthe Berkeley film class, Make Films: 12, which actually dovetails extremely well with the first class Make Films. This second class expands on what is learned in the first class, and we work on different month long themed projects. 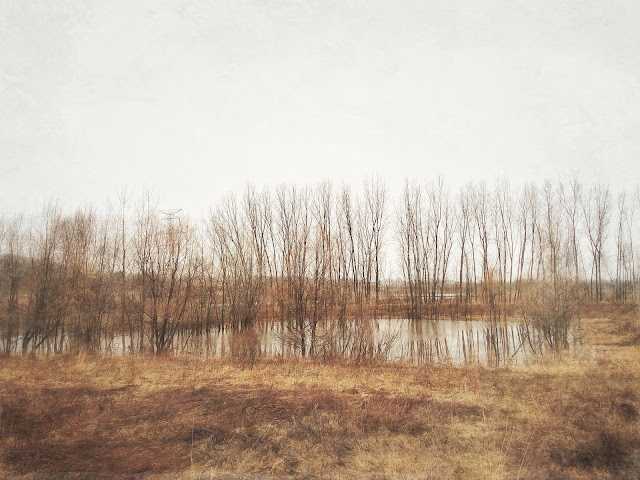 After my summer in the meadow last year, the joy and satisfaction of working on longer projects really took root. I love not feeling rushed, taking the time to tell the story to the best of my ability.

Here is my first project film - the theme is Audio is the Hero...

February was: snowy, filled with friends and a trip up north for a wine tasting weekend, snowy, and a kitchen make-over begun. Hoping March has a little more sunshine and less snow. February 18 was Findley's birthday. He is two already, can you believe it? If we aren't friends on Facebook or Instagram and you haven't seen the slideshow I put together of Fin's first two years you can watch it here...

I would love for you to visit my blogging friend Jill Ruskamp here. Jill is taking the Make Films course too. What she is doing with black and white is fabulous, and I have already seen so much growth in her films. She made this one to celebrate her 54th birthday. I will be 50 in June and I want to do something similar. What a great way to document a life event. 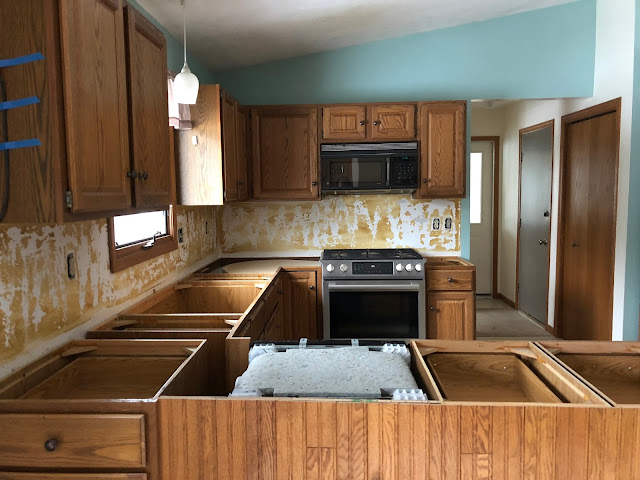 The kitchen remodel began this week. Old countertops and backsplash out. New countertops and sink in the next day. Sink hooked up the day after that. Cabinets refreshed on Friday (they look amazing). Backsplash coming next Tuesday. I may have found new pendant lights, that will be determined this weekend. Next steps: electrician, ordering the flooring, new half bath vanity, and order the refrigerator. No going back now.
Posted by Sarah Huizenga at 1:00 AM 20 comments: 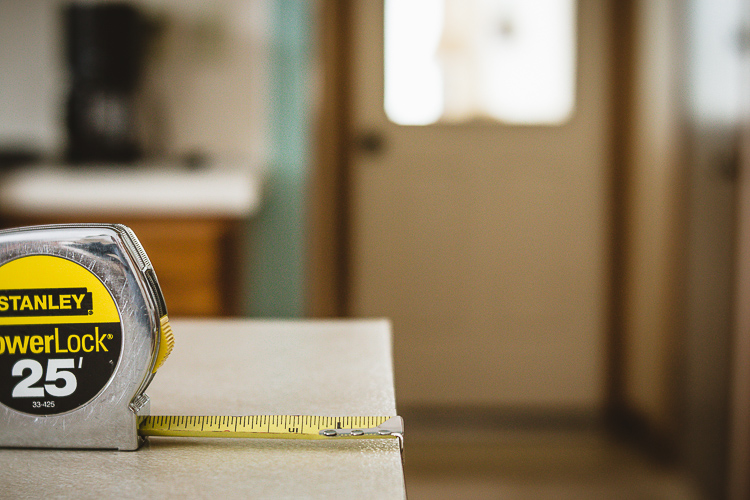 They came to measure for our new kitchen countertops this past week.

This remodel has been five years in the making. First, we had to save the money so we could pay cash. Second, we were waiting for Scout to pass on, so that the remodeling wouldn't be hard on him. Third, we were trying to make up our minds how long we will live in this house yet, because that determined how much we would spend and how much we would remodel. 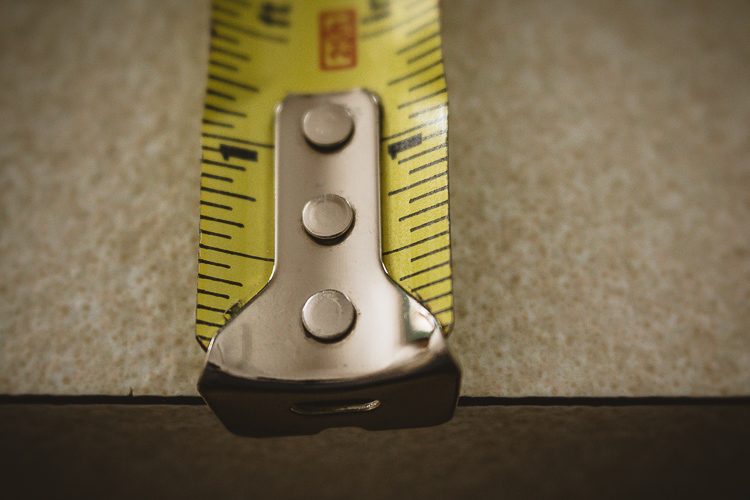 Well, the money is all there and then some. Scout crossed the rainbow bridge over a year ago. We have decided we will probably be here another five years or so. We have scaled back from a total gut job with a price tag of $50K to a much more reasonable refresh of under $15K. 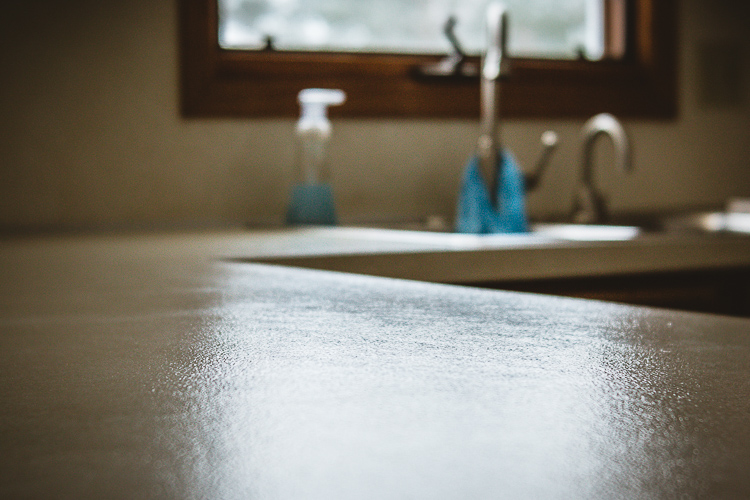 The decisions have been made, the money has been paid, and the process has begun. We are keeping the oak cabinets and having them reconditioned. But I am getting quartz countertops, tile backsplash, and new laminate wide wood plank flooring. 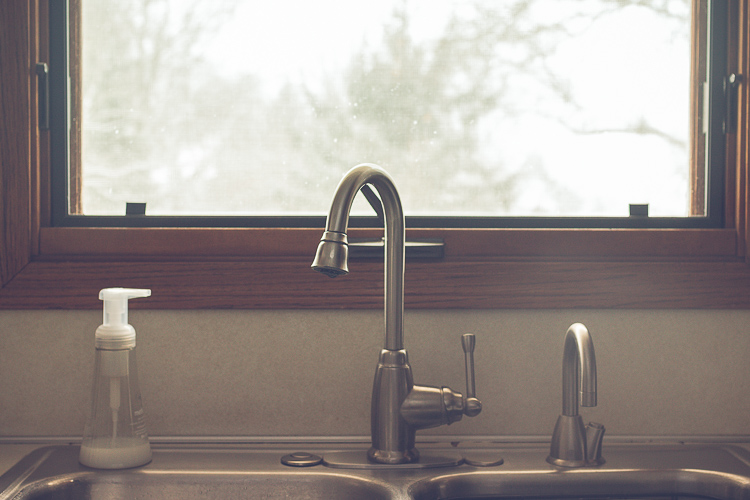 When we first moved into this house over fourteen years ago, I thought this would finally be my dream kitchen - a farmhouse kitchen, with a large white farmhouse sink, granite countertops, natural stone backsplash, chef grade appliances, and dark wide-planked wood floors. Fourteen years ago, I enjoyed cooking much more than I do today. 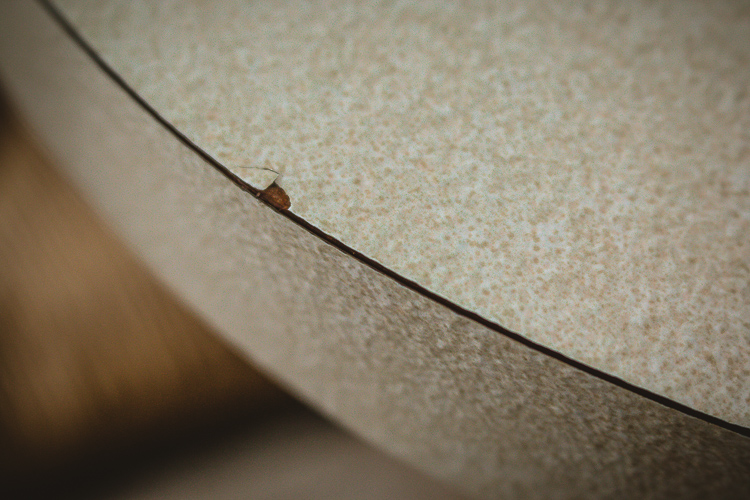 It was our intention to replace these countertops much earlier than is actually happening. I have never liked them from the start. Too light, to textured, too chipped, too dated. But, once you start thinking about replacing one thing, you realize then you need to replace another thing, so we did the easiest thing - nothing. Well, nothing time is over and it is time for something, a lot of somethings. 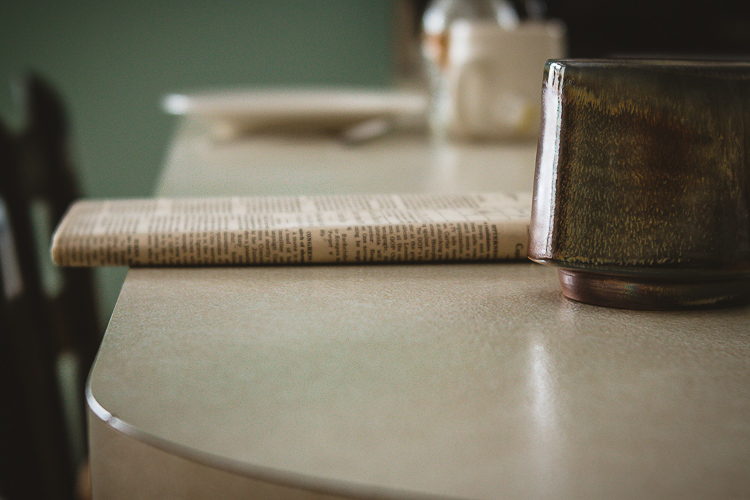 As I waited for the countertop measurers to come, I began to really think about these countertops. How many friends and family have sat in these chairs over the years, sharing stories while meals were prepared. How many years of newspaper ink is ground into the countertop. How many meals I have produced here, always complaining about the bad lighting. The dog paws that have rested on the edge of the counter, Scout was a bad one for counter surfing. All these memories made me get out my camera and take some photographs to document our past. Our past with this kitchen, with these countertops, with these chairs. The good thing is that we have at least five years to make memories with the new kitchen.

Glen and I finished our Whole 30 food challenge strong. And then right afterwards we went away for the weekend.


Other than wine, and trying a couple things that had been on the do not eat list for January, we found ourselves mostly sticking to our Whole 30 way of life. We are now exploring a mostly Paleo lifestyle.  The one downside of Whole 30 was the lack of a social life while on it, gatherings and fellowship involve food. We are happy to be able to dine out again, just trying to make smarter choices. 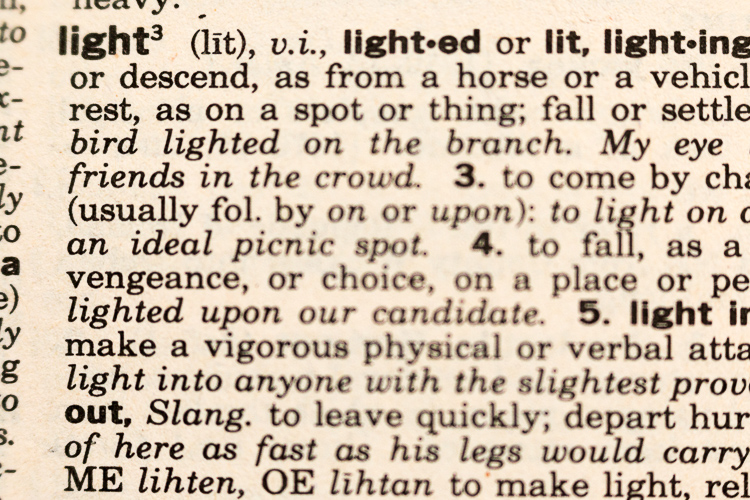 I briefly hit a brick wall with my 365 photography project this past week - Day 156. I really, really wanted to quit. I was uninspired, there was nothing to photograph anywhere. But then I thought - 155 days in, I can't quit. So I took a photograph of a dictionary page with the word light on it. It was boring, but somehow that light got in me, I picked up the camera the next day and started photographing my kitchen.
Posted by Sarah Huizenga at 1:00 AM 16 comments: 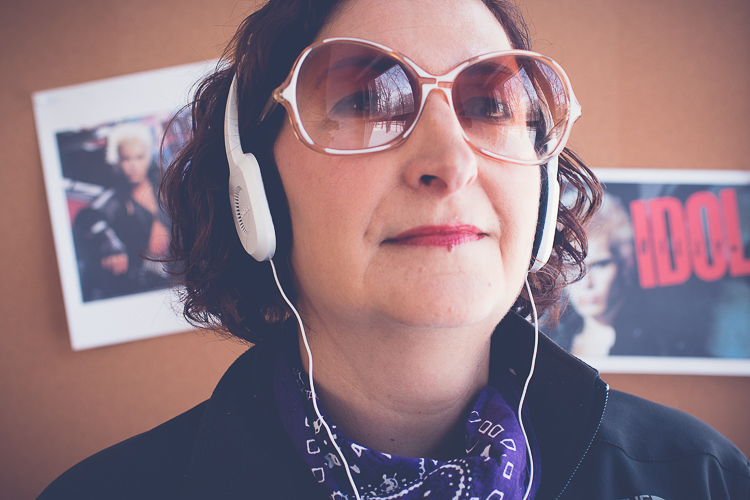 Coming of age signifies that moment in your life when you get to make at least some of your own decisions. Granted they are not always the best decisions, but that's part of the journey. I came of age during the 1980's. The decade of big glasses, big hair, tight leather pants, bandanas and jackets with upturned collars.

One of the decisions that I was finally be able to make was what music I wanted to listen to.  No longer did I have to listen to my mother's country western music in the car or on the home stereo. I had my own car, a rockin' four door Chevy Chevette, and I had my own portable tape player in my room.  I bought cassette tapes of some of my favorites bands that I heard on the local rock radio station, then I made mixed tapes so I could have all my favorite songs on one. 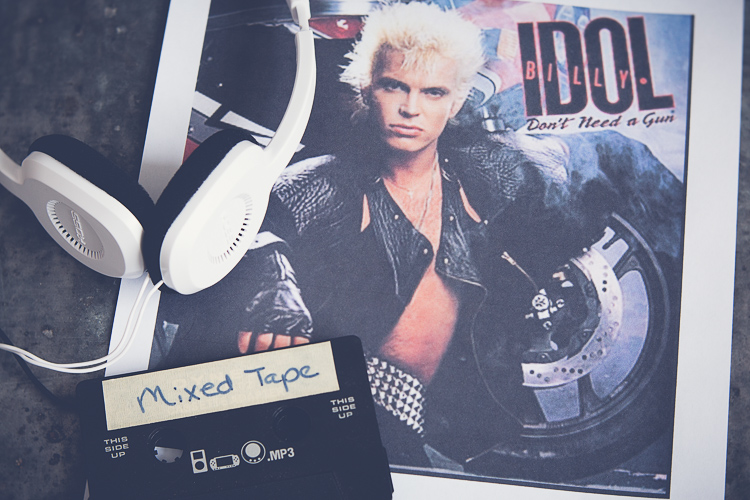 On my mixed tapes were some of the big hair bands: Def Lepard, Motley Crue, White Snake, the Scorpions and Bon Jovi.  But at heart I was a punk rocker, there were posters of Billy Idol all over my room. I would sit and listen to White Wedding and Dancing with Myself for hours.

At my own White Wedding in my coming of age season, we gave a small nod to traditional wedding songs, and were also overly kind and let my grandmother sing a special number (so glad that's on video tape, said with sarcastic voice), but we also played a ballad by a big hair Christian rock band called Styper. We may have only been eighteen and nineteen, but we knew what we wanted, and we were going to do it. 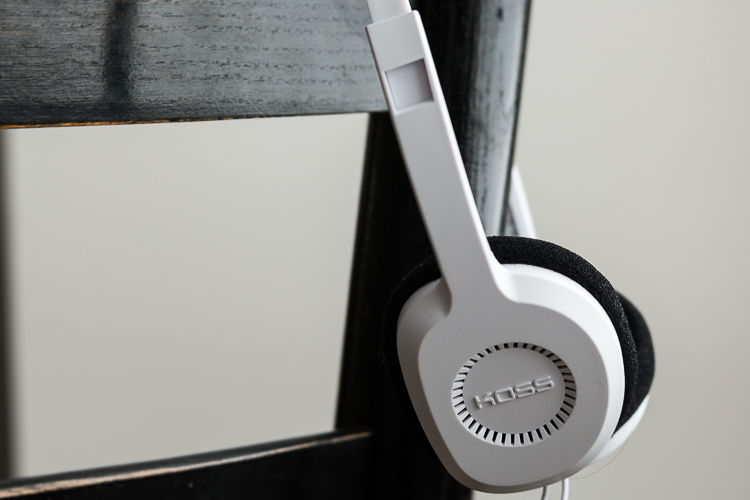 Quickly transitioning to a wife and full-time working adult, I hung up the black leather pants, and the chain belt that went with them. I threw away the hair mousse, the heavy kohl eyeliner. I folded the bandanas and tucked them into the back of a drawer. There were no longer hours on end to listen to my favorite music while doing homework. Instead it was go to work for eight hours, come home cook supper, walk the dog, do some laundry and collapse into bed exhausted. There was no music. 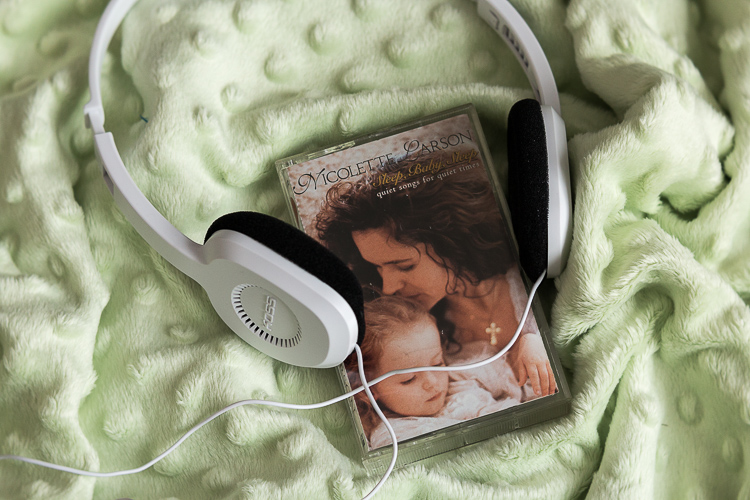 Music stayed nonexistent until the mid-90's and the birth of our daughter, Mallory. Like any good first time mother I wanted her to fall asleep to the sounds of lullabies. I am not blessed with a melodic voice, so I bought her a portable cassette player and found a couple wonderful lullaby tapes. The best one was by Nicolette Larson with a song on there called Mallory's song.

Parenting through the 90's brought lots of classic Disney films on VHS,  mornings of Barney the Dinosaur, and The Wheels on the Bus Go Round and Round stuck in my head.

Late elementary school and we found something we all liked - Christian rock. We went to concerts, big outdoors festivals, listened in the car, on the computer. Eventually though we progressed, and Christian rock did not. 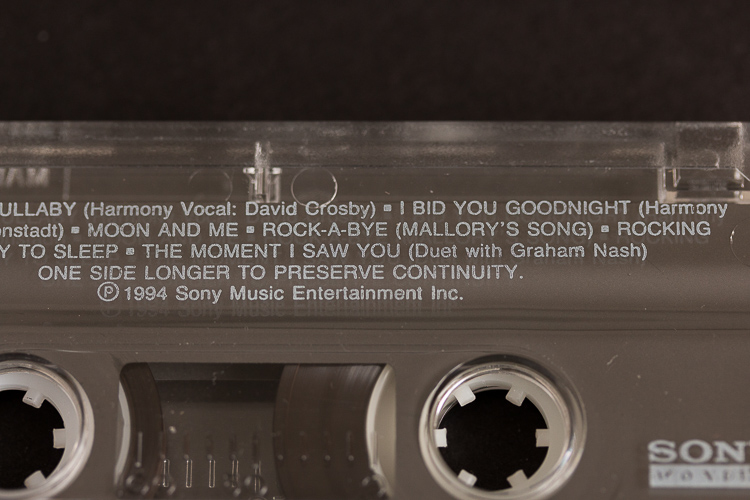 College years and Mallory's own coming of age. She brought home her own sounds, influenced by others. It was new and exciting indie artists like Josh Garrels, Death Cab for Cuties, The Black Keys, and Bon Iver. It was a whole new season of music again. 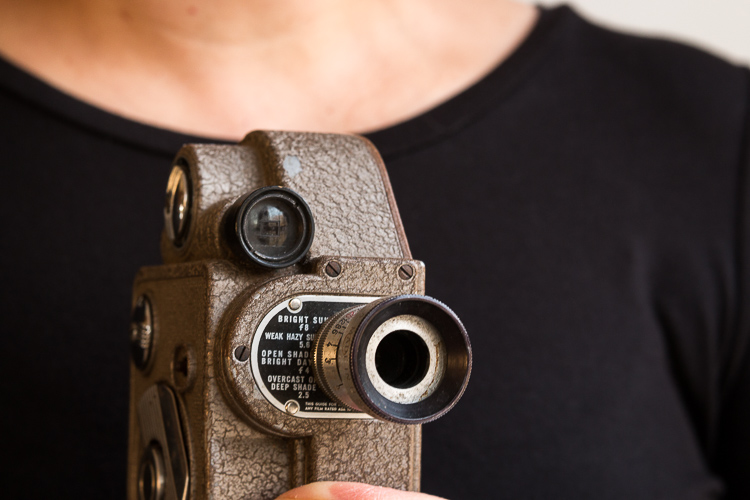 Over the last six years, I have drifted in and out of songs, playing some like Adele's Hello time and time again, and then leaving them completely to obsess over podcasts or audio books. But this new filmmaking adventure has brought me back to music; new artists to explore, new music sharing sites, all so I can find that perfect soundtrack for my life.

These are some of the artists I enjoy listening to at the moment: Lord Huron, Gregory Alan Isakov, The Lumineers, Jake Bugg. Interestingly, almost all my artists have a haunting quality to their voices.

Pandora Radio is a great way to find new to you artists.

I have been using Soundstripe for the music for my films, endless choices.

My new car came with Sirius XM radio free for the first four months. I don't plan to renew once the free period is over, but I have been loving the 1940's station, and the big band sound.

I am an eclectic mix.