The Year of the Project

At the start of 2015, I had great aspirations and high hopes for a year long photography/writing project. I spent the final months of 2014 plotting and planning it. 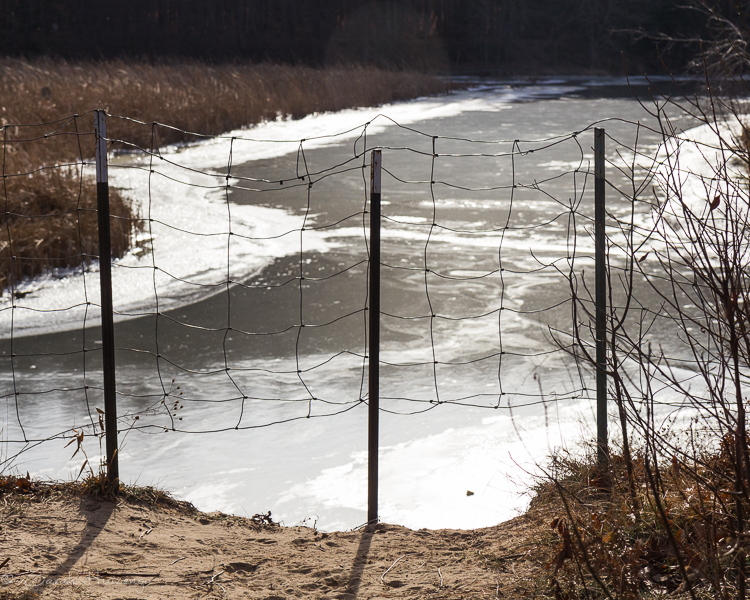 My project, A Year Beside the Water, was going to be a documentation of photographs and stories gained from a year of weekly explorations to various bodies of water around my area. I had a notebook filled with thoughts and ideas about the project. I even started a new blog on Squarespace to house this life changing project. 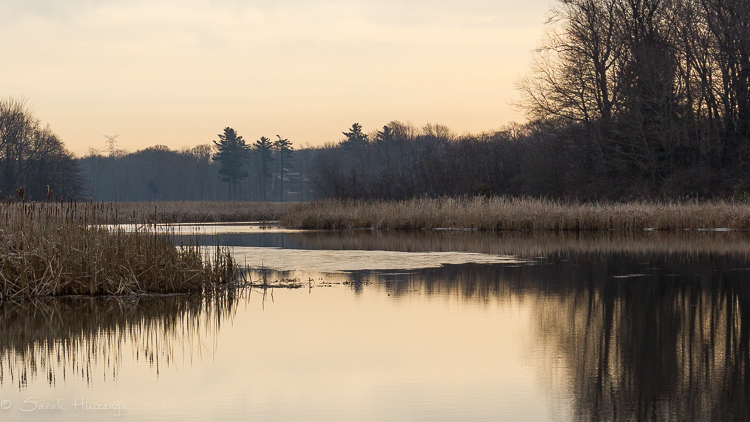 On January 1st it started, and it started out with great enthusiasm, as most new projects do. I wrote stories about my youth, and about growing up on a dead-end, gravel county road that ended at a peaceful, winding river. I spent many childhood days exploring along the edge of that river, this is probably where my love of water and exploring began. 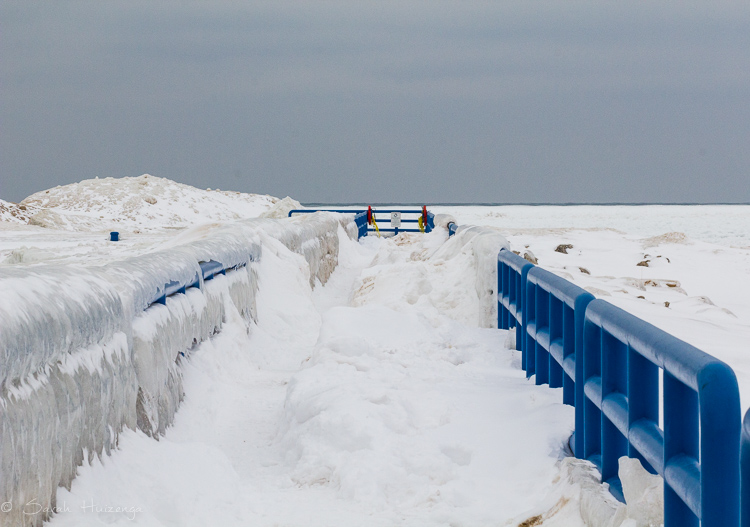 Shortly into the month of January the snow began to fall, which was not a surprise since I live in Michigan. I used my project to propel me out of the house to photograph landscapes of white, and ice instead of water.  My project kept me from becoming housebound during the winter months. 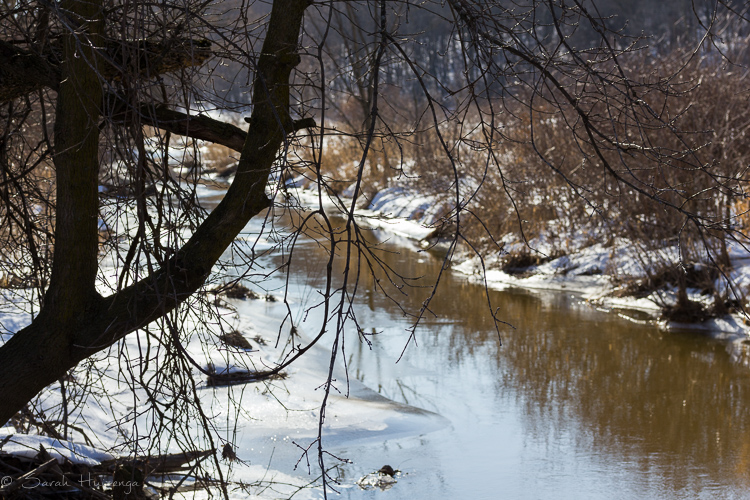 Spring came, I documented the melting of the snow and ice, and the return of color to the landscape. 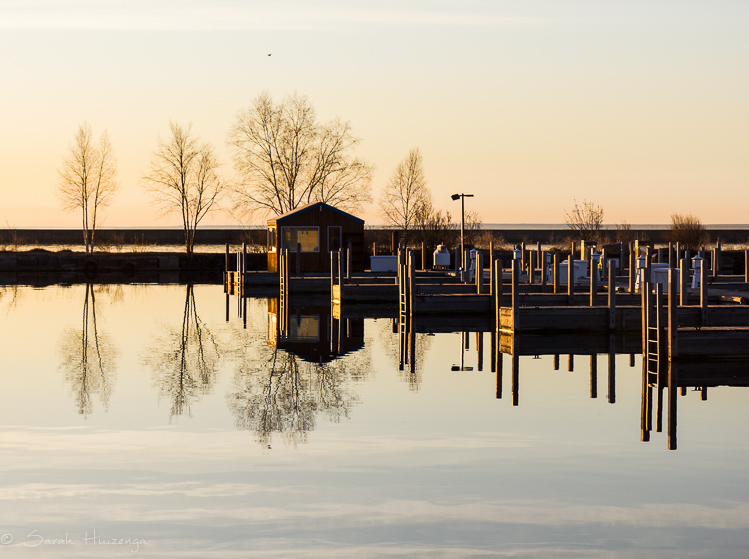 The project was going smoothly until the middle of April, roughly 100 days into it. I was preparing for a trip to the Upper Peninsula of Michigan to celebrate our daughter's graduation from college, and then we were packing her up and moving her back home. I continued to take pictures of water, but the ability to pen words to go with those pictures seemed to have gotten lost in the hustle and bustle of life. 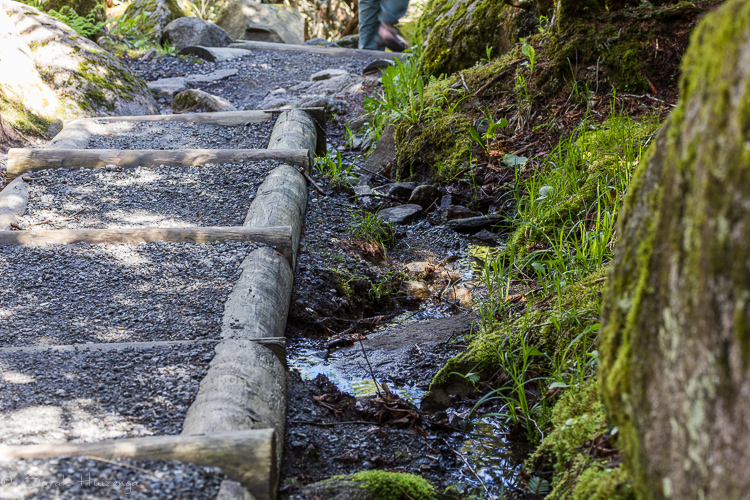 Following closely on the heels of graduation, and the move home, was our first family vacation in a few years, a week long trip to the Great Smoky Mountains in Tennessee. The only water there was waterfalls with tourists crawling all over them, not very inspiring to write about and impossible to photograph. 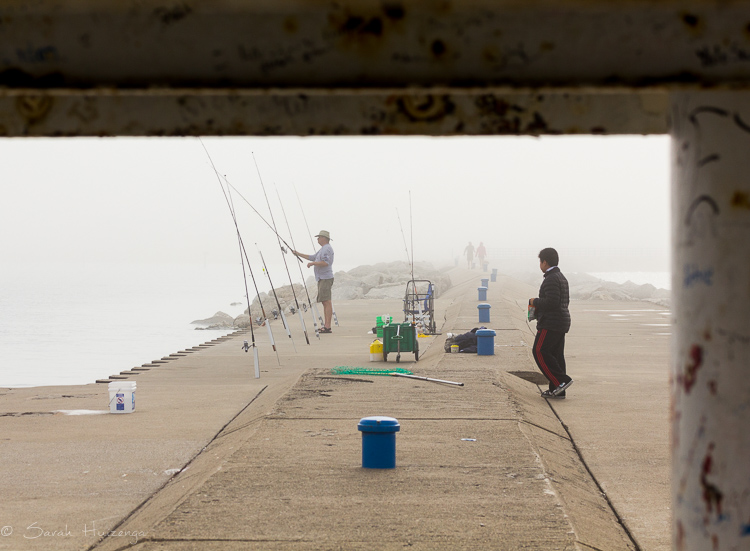 In June, home and settled for the summer, I picked the project back up again. I decided to make weekly visits to our local state park which is on the shores of Lake Michigan, and about a five minute drive from my house. I spent early mornings watching the sun rise, and wandering the pier where the fishermen set up camp for the morning (I am not convinced they came to catch fish, I think most of them came for the fellowship of other fisher people). I strolled along the sandy edge of the beach, empty of sun-worshippers at that time of the morning. 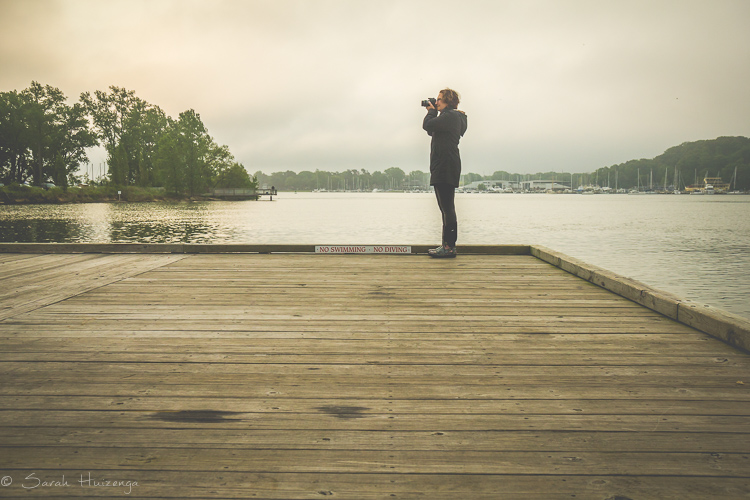 The project continued for a short while once these weekly visits began. Eventually though the words dried up all together, but my love for photography grew by leaps and bounds. I was soon making multiple trips to the beach each week, just to wander with my camera. By the end of June I had stopped documenting on the Squarespace blog altogether, I never returned to it. 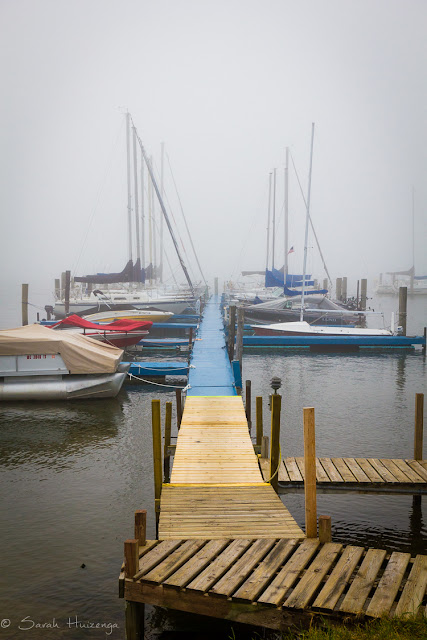 Isn't amazing the journey that the best laid plans can take us on? Like the windy, curvy roads along the lake shore - so goes our life. Twists and turns that we don't expect, but when we round that corner - we find a whole new world ahead of us!

I believe that projects sometimes represent our desire to control and shape the output of living - what we produce - and yet so many times, the projects serve to remind us that life is a journey that cannot be controlled and the point is not the product but the traveling itself. You have life that is rich with wonder and wander - could there be anything better? Your photographs are the evidence.

I've followed you on this journey and your writing has never ceased to amaze me. But your photography, that's another thing. I love how you find beauty in the simplest of scenes. I'll be following along again in 2016.

and it loves you back!!!

beautiful blog post, Sarah. It is amazing the journeys we go thru to find ourselves. beautiful!

Love is lovelier, the second (and third and fourth, etc.) time around ... It's all about the journey and the growth. Projects come and go but those two things to do not.

there is something to the unconscious actions that we take...as if there's a part of us that knows better, despite our conscious intentions...a little delayed...but glad you are back to your love of photography...

Hi Sarah, I hope everything is ok? It seems like 100 day projects are perfect. I am really thinking about that also. It Keep things fresh and learning something new... Thanks for your friendship and inspiration. I hope you have a wonderful Christmas.

One of the things I've come to admire most about you is your ability to make course corrections -- to let go of things when it becomes clear they are no longer serving you. It's been inspirational to watch both your photography and writing grow through the projects and classes you've taken on over the past year...and to watch *you* grow, too, as you've followed your paths and discovered new byways.

That's what I call a Happy Accident! beautiful photos

Projects can lead you in so many new directions. I admire you for being able to change paths! Love these beautiful photos!

That 5th image...the reflection is a show stopper.

It's funny how plans can get derailed, and where you end up is infinitely better than where you planned to be. Like that road trip, changed completely just by turning left instead of right, following your nose instead of following the map. These are beautiful photographs... there's so much to love about the water, but I think the way it reflects the world back at us is the best thing. Looking forward to reading about the next journey.

It's funny how plans can get derailed, and where you end up is infinitely better than where you planned to be. Like that road trip, changed completely just by turning left instead of right, following your nose instead of following the map. These are beautiful photographs... there's so much to love about the water, but I think the way it reflects the world back at us is the best thing. Looking forward to reading about the next journey.

I just heard a quote today, "Man plans and God laughs." I thought the quote was very fitting for most things in life. We plan and think in our head how it should go, then it changes in a way we could never have planned...and it works out perfectly. I love your photographs, and your words, however your heart wants to create by all means go create. :) Happy Holidays!

Wow, your project was very successful - you have some unusual views of the water side! Have a merry Christmas)

No matter what you do, it is always enjoyable to see your photos and words. Have a wonderful holiday period and thank you so much for popping by my blog and your comments while I am recovering. They have been so welcome xx